Sunday:Pub: 1pm-10pm
Kitchen: 1pm-9pm
Monday – Wednesday:
Pub: 11:30-10pm
Kitchen: 11:30-9pm
Thursday – Saturday:
Pub: 11:30-12:30am
Kitchen: 11:30-11pm
http://calapooiabrewing.com/blog/
Heard about this place for the past few years so it was time to see what it was all about. In the old part of town in a area you ‘d think this can’t be it there it is. A big place with some great beers. An old warehouse with both indoor and outdoor seating they do allow kids so that is good for those traveling with your kids. They have a small seating arrangement inside for about 20-30 and outside they can hold about 100 if they move some tables. The best part it is all under a huge cover so the rain and weather will stay off of you. Around 15 taps going not all their beer but they had about 10 beers going on this day. I got to try a sampler of beer. 8 different and great beers. Ranging from a light pale ale for the light beer drinker to the heavy stout that had flavor and life of it’s own. Be wary of the hot pepper beer it will make you wish you ate ice cream. It was smoking hot. The flavor was just that it was a beer but so hot and peppery it was too much one could not really enjoy drinking this over and over it was defiantly a beer fro a one time try and say I had it beer . The food was regular pub fare and very good stuff. Had a great time the locals love this place so it has it’s character and charms. If they are brewing they will ask if you want o see what is going on and you might be pitching malts or helping swril the beer as it is brewing. Very nice and friendly staff. This was a great time. 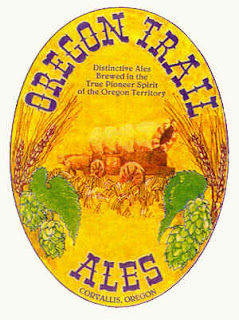 This is not the easiest place to find so you have to remind yourself that you’re looking for a deli and then you will find it. So look for the Old World Deli and you will have found the brewery. Tucked in the back of the deli wow what a interesting place to walk into the deli is like 4 businesses mixed up into one. They have this open court yard feel almost like you’re in old Mexico. So once there look into the windows that divide the deli from the brewery if they (The Brewers) are there you are in. The brewer said come on in and we bs’d for about an hour. Sampled beers and talked brewing got the full nickel tour. They brew with a 7 BBL system and on this day they where brewing their Wit beer. The brewer was studying fermentation sciences over at Oregon State University – Go Beavers, and was full of such great beer passion. I found the beers to be very good. Started with the Wit and wow it was so fresh the added orange peel I can attest to is go vast they for sure have a special beer here. I also loved the IPA it was also so fresh. The hops where balanced well with the malts making this a very easy to drink IPA. I also got to try the Brown ale and Beaver Tail these beers did not disappoint either. After a good hour of BS I had to leave and also make my next stop before they closed. This is a place to visit try to come when they are brewing so you get the whole feel. Kids are OK in the deli area but not in the brewery.

When they say this is going to be a one stop place they mean it. They had it all. If they do not have it really what is left to need? Homebrewing supplies and that was jammed packed and then the 500+ bottles of beer all mostly in singles all for your liking ready for you to give a new home. It was like Christmas. They had a huge section of Belgian beers for you Belgian fans and the local stuff was not missing either. I was able to pick up several bottles that I had never seen and I am sure if I looked at my trusty list I would have found more that where needed. Prices where very comparable other places and the selection was top notch. I had arrived right at closing time they still gave me the time of day and the staff was very knowledgeable. If in need of some great beer in Corvallis and want to take it home they have something up your alley. Hours are tight in the evening so a late run at 9:00pm is going to be out of the question. Get your beer drinking list covered early in your shopping day

Sunday – Wednesday11am-11pmThursday – Saturday11am-1am
http://www.block15.com/
Last stop for the day Block 15 the newest brewery in the area. Nestled in the town right between both the Oregon Trader and the Corvallis Homebrew supply is Block 15 Brewing named after the original name of the area as they named the blocks when Corvallis was being formed. Old Gentlemen’s clothing store converted into a brewery. The place had the old brick walls the nice flooring, big bar and the sign that said beer here. A great old pub feel with a special little charm. The beers where very good and I got to try the food and the beer. The food was regular pub fair nothing out of the ordinary and was very good. The beers where very nice and they have over 10 different styles so to try them all was going to be a marathon of tasters. I got to try as many as I could and they where all very nice. The stout was awesome and the IPA had such a fresh flavor wow it was awesome. Hell you’re I hops country so they better be good. We got there after the brewing was shut down so no tour maybe next time when in town. You can bring the kids and they have plenty of parking out front and the place can get jammed with locals and I am sure when college is in full swing look out this place on game nights and after will be jammed. Check it out another great beer place in Corvallis to hit.