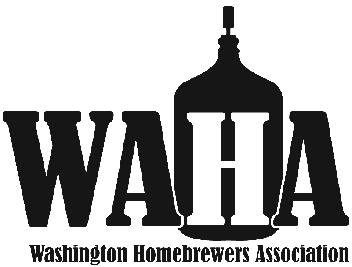 The Washington Homebrewers Association was founded on November 15th, 2007, at the Rock Bottom Brewery in Bellevue, Washington, when nine homebrewers representing a half a dozen Washington clubs raised a pint to help improve homebrewing in Washington. Since that night, every registered homebrewing club in Washington has been invited to send representatives to meetings to scope out the missions and roles that the WAHA can take on. In addition, “independent” homebrewers who have heard the WAHA battle cry have joined in to help the movement.

The mission of the WAHA is to:

The WAHA aims to represent and promote Washington homebrewing through coordination of active homebrewers. Any person committed to promoting Washington homebrewing may consider themselves a part of the Washington Homebrewers Association. The WAHA is a “coordinating” organization, not an “execution” organization. The efforts taken on by the WAHA will be directed at coordinating homebrew club and individual homebrewer efforts and taking on low-manpower, high-level projects that could not be accomplished by club organizations. The overall goal is to minimize duplication of efforts and coordinate higher level efforts.

The units of action of the WAHA are clubs and active homebrewers. The Washington Homebrewers Association is not a club.