What a day with not being able to hit all the events or even a majority of the events for SBeer Week  http://www.seattlebeerweek.com/ I put together my little version of a Seattle Beer Week trip. I first started out at Bottleworks
http://bottleworksbeerstore.blogspot.com/
and for those who do not know they now have tap handles and are now a taphouse and bottle shop.  5 new handles they where pouring some of the most wicked brews in the world.  Hair of the Dog Matt a brew for the 10th anniversary for Bottleworks.  The brew gets better with time

now I can see why people are willing to trade there kids for this nectar.  Next I tried was a killer amongst killers the biggest sourest beer I have had in years or ever.  New was the brewer and the Bottleworks 10th Anniversary Wild ale was the beer. This was like a Sour patch kid on crack it was sour, sour and did I say sour yet it was still very drinkable a truly awesome brew.  During these tasters I met for my first time Matt Vandenberghe the owner of Bottleworks. He was super to chat with and it was a pleasure to make his acquaintance.  Next and not certainly last for the day I had the special brew in a taster the Elysian Bitch in a Barrel with added Bret.  A special sour that was still very young with added special junk to make this brew grow.  The beer was fresh but still too young to really have all the special flavors open up and come alive. This will be a beer to seek in the years to come.  On to my next stop Naked City Brewery here I come.

http://nakedcitybrewing.com/
A brand new place in  this was a great place.  Parking can be tough at times so it may take a few trips around the block to find the ultimate spot but it is worth the trips around the block.  Once you enter you find this new brewery/taphouse with over 23 handles of some of the best beers you can think of.  A new beer bar with a great feel and very warm and welcoming.  The bartender was friendly and super knowledgeable as he helped me with my selections.  I had to try a brew of which was there Hoptrocity RYE IPA brewed in conjunction with brewing this was a wonderful brew.  Once they get there brewery up and running this place is going to be a must see for the beer scene.  The tap list was outstanding with the list it also told you what was coming after that keg blew on that exact tap handle.  Geez, thanks guys like I needed more of a reason to come back.  The list had awesome Pac NW and outside the NW brews.  I could have stayed for hours to drink what I had never seen before.  But with time as a factor and more to see I had to bid farewell so I could see a few more places.  I will say this for sure is going to be a breath of fresh air in the Seattle Beer scene.  Don Averill the owner/brewer whom I met was super pleasant and was more than

willing to bend my ear talking our favorite hobby beer.  Stop by this is a great place.  The food was pretty tasty also. 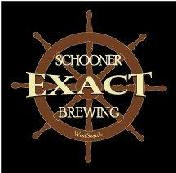 Next and not last was Schooner Excat Brewing  http://schoonerexact.typepad.com/
at there new location along side or behind Trade Route Brewing. They are going bigger and new.  They have upgraded the brewery from the small homebrewing beginnings to the big barrels, large holding tanks and they will start production in a few weeks.  I had a few pints while there I had there Regrade Pale and the 3 Grid IPA wonderful brews for such a hot day.  I can’t wait to see what they come up with and brew next.  I now can say I have seen the elusive Schooner Exact long gone are the days of they are not there nor it is hard to find or they have moved.  They now have some new digs.  I will be back to se what they are doing next when I near the area.

Last stop for the day Big Al Brewing. By the time I got there the festivities for the week had taken there toll they had slowed down and relaxed glad the beers where still flowing.  I sat with some friends and we had a great time with some great brews.  Big Al’s has become a great stopping place when in .  To wrap up from what I saw and heard Seattle Beer Week was a complete hit and will become a mainstay in the beer scene.  Oh great more events for me to attend.  I can hardly wait for next year 364 days and counting.