Red, White, and Brew is my road trip around the country to get to know our beers. A road trip where I set out to get a beer? Lots of beer?! Not only would I get the freshest possible, but in the process I met the folks making it. From fifth generation run brewing companies to first and second wave craft breweries started by homebrewers, I knew these guys would have equally interesting tales to tell. With so many people out there making everything from traditional styles to experimental concoctions, I wanted to experience more than just what I have available on my grocer’s shelf.

With over 1,400 breweries in the United States, it was very difficult to pinpoint which ones I would visit. Seeking to include the broadest spectrum, I set a course for every which direction, toward breweries large and small, old and young (but experienced enough to have worked the kinks out), and most vital, with a human face. Investors’ cash may be the lifeblood of any company, but corporation’s are lousy joke tellers.

I looked for people who, partly based on research and partly based on a hunch, were in some way innovators. The newest kid on the block (Sam Calagione of Dogfish Head) has been in the game for only a little over a decade. The company with the most longevity (D.G. Yuengling & Son, run by Dick Yuengling) is closer to 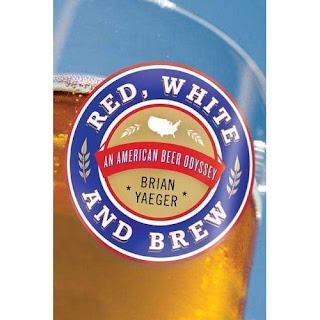 two centuries old. Meanwhile, the longest-seated president (Anchor’s Fritz Maytag) has been in charge for over 40 years.

Last, but not least, I searched for provenance. It is almost a bygone concept today. Many people are unaware of their roots and others are indifferent to them. And we uproot ourselves all the time. As families or as individuals, we are quite a migratory culture. I wanted to unearth these brewers’ heredity as well as their direction, to glimpse both their past and future.

Brian we wish you all the best with your book and we will see you on November 11th during your book tour in Seattle.