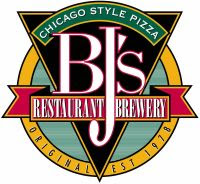 I was surprised as I was told by my fried hey lets hit BJ’s at the Southcenter mall. I was like no that will not be any good. Wow on a Tuesday not even and it was not so bad as my daughter would say. They had 7 handcrafted brews that they all make and they brew right there and wow it was pretty yummy. Had some great food and the service was still pretty new so they worked hard and did a great job. The place is like 2 months old and wow it was jumping with people. The beers where pretty good had some great flavors and I was able to say hey I would come back if in the area. Stop on by and give it a try. The prices are a tad high for the food that’s my only real draw back.